The art of contemporany criticism 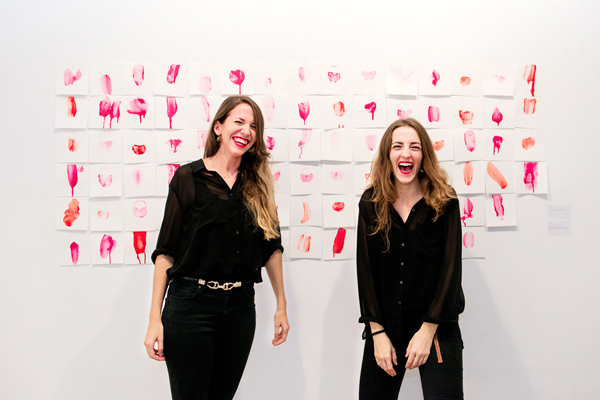 The art collective “Las tardadas”, composed by Marta Fuertes and Mariaema Solé, who is part of our team,  was consolidated in 2007 after mutual collaborations between the two artists. The aesthetic, technical and thematic affinity resulted in a shared experience.

“Las taradas” as a name responds to its meaning (in spanish): tara as defects in workmanship and tara as madness or lack of sanity. Introducing a line of relaxed, humorous and sarcastic work that contrasts the subtle esthetic with social criticism by autocriticism.

Marta and Mariema have participated in group exhibitions among which we can highlight the one made in es Baluard for Tabula Rasa, in Hartmann and Ferran Cano galleries (Barcelona), ​​those promoted by the Mallorca council named “Noves Presències” (new presence), and the festivals Bac! from 2008 and 2009 at the CCCB in Barcelona. 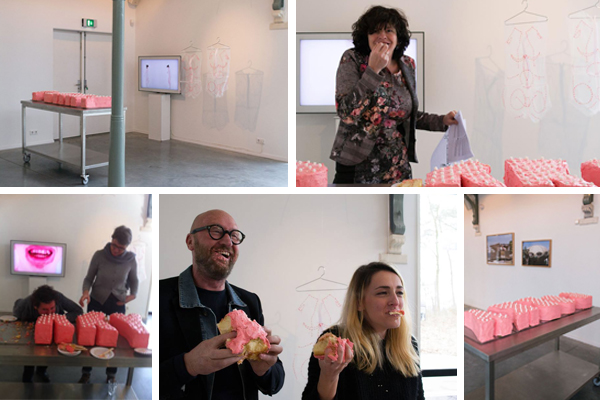 Their most recent project is part of Gula and it has been made specifically for Tabula Rasa and Baluard. This project went to Finland and the Netherlands in Muu kaapeli and Hilvaria Studios.

This second part of Gula was created specifically for Tabula Rasa or  “la impossibilitat de construir una generació” ( the impossibility to build a new generation) , project curated by Pau Waelder and Fernando Gómezdelacuesta .
In these pieces, their intention was to review some approaches with which they had previously worked in the first part of Gula project : pleasure , effort , labels and targets.
Baba Rosa (a video), SuperCookies ( an installation consisting of a table, a tablecloth , a book and a collection of words hand-decorated cookie with icing) and Porky are three parts that compose Gula .
This piece was adapted specifically for MUU Gallery, with two Finnish words on a single meal tray and its respective embroidered tablecloth. 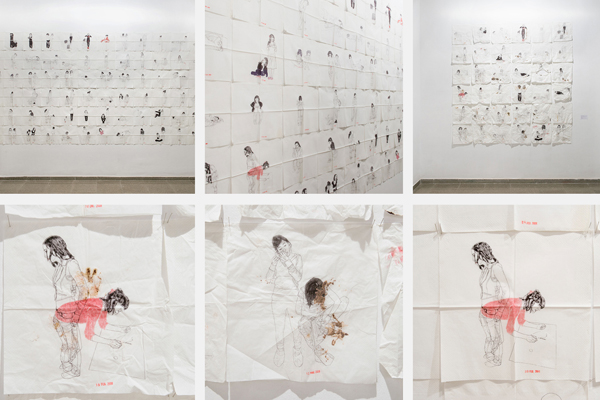 In private , our non socially accepted acts are common to us all. This is a proposal to free ourselves from the resticciones social behavior. 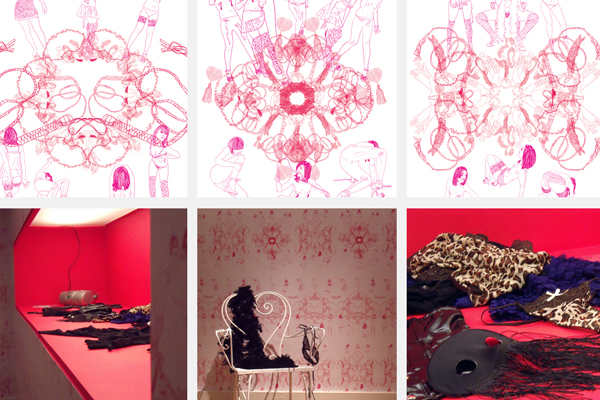 What happens when a sensual and seductive as the striptise , which enhances the woman as object, becomes a ridiculous act ? 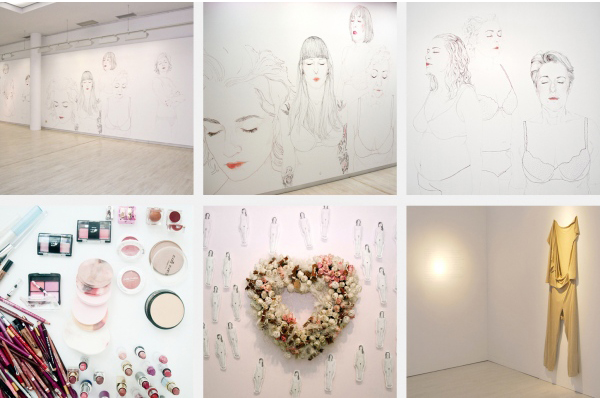 A dance of between home care and coexistance in a same space that troubles when possession  gains control because of the fear of loosing what we percieve as ours. 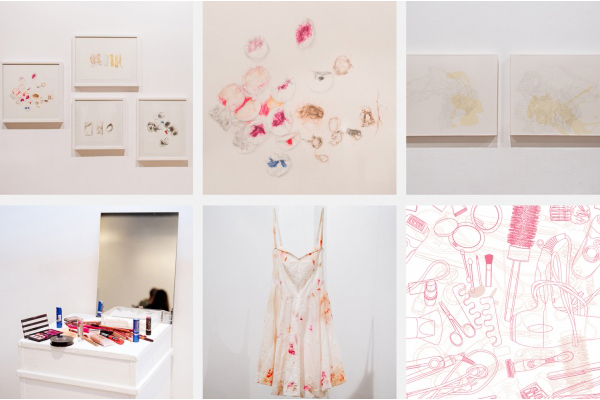 Installation which question the apprehended female image that we have been dragging on for too long , a social construction that every day empowers more  artifice and excess. 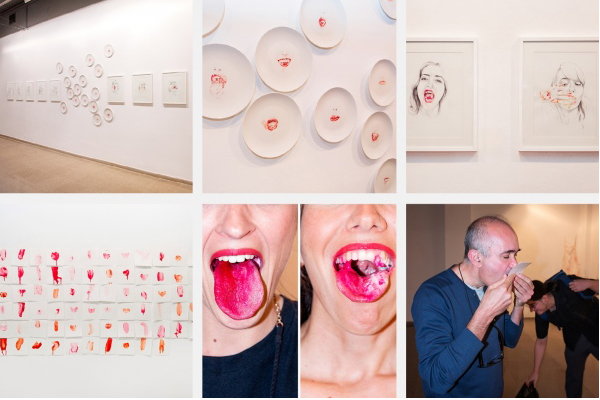 In the era of the cult of the body the act of eating  is today an act of dangerous extremes by its excess or defect. A sentence.

A new furniture for you